One of the countries premier beauty pageants is celebrating it’s 25 years of molding young and beautiful Filipinas to become a queen. A team where they help these ladies realize their dreams of representing the whole nation in an international arena and bring home crowns that symbolizes pride and honor to our people. For 25 years, they have transformed these women to become the best representative of the Philippines and show to the world the real beauty of a Filipina.

In an interview with Mr. Rodin Gilbert Flores, the head of Kagandahang Flores Camp or widely known as KF Camp, he stated that all of this started with a dream fueled mainly with passion when 25 years ago, their very 1st queen, Sonia Santiago, stepped on the Binibini stage and on the sidelines were co-founder Gio Flores and himself. In addition, it all happened because of the late Michael Angelo Afable who helped their founders break in to the world of beauty pageants. “The years passed by so swiftly and together with the changing of the years are the countless starry-eyed women, and men, whose lives have been changed because of pageantry,” he added.

In addition, they remain true through the years to the very foundation of their family and it is a conscious effort on their part to water these dreams with passion and allow them to grow and in the process benefiting many young men and women who are now household names. “Little by little, our group grew bigger and bigger until it has now become a family. It doesn’t only consist mentors, beauty queens and pageant kings,” he acclaimed.

Tito Rodg, as what most of his constituents address him, acknowledged the supporters in this milestone they are now celebrating,

“It includes, you, our supporters who give us the willpower and motivation to move forward even if the odds were sometimes not in our favor. It is not lost on us that all these will never come to fruition had it not been for you whose words of encouragement and approval gave us a million and one reasons to go on. We do not take all your support for granted and from the bottom of our hearts we extend to all of you our sincerest thank you.” 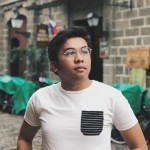 Hi! My name is Daniel Alen S. Cabantac. I am 21 years old and currently working as an Instructor at La Salle University. I was the former Editor-in-Chief of the Official Publication in the University.