Priya Serrao, 27 years old, was crowned Miss Universe Australia 2019 last June 27th. She stands 5’7″ and has degrees in arts and in law from Melbourne Law School.

Miss Universe Australia 2019, Priya Serrao worked as a policy adviser for the Government of ofr  Department of Jobs, Precincts, and Regions. She will be admitted to the Supreme Court of Victoria as a lawyer in August 2019.

Serrao was born in Belmannu, Karnataka in India to a Mangalorean Christian Family. Later on, she spent her childhood in Oman and UAE.

Her family immigrated to Australia and settled in Melbourne, when she was 11.

Upon winning the Miss Universe Australia 2019 crown, Priya Serrao said:  ‘I still can’t believe everything that’s happened in the last 24 hours. A huge thank you for all your support so far. I can’t wait to get started!’ 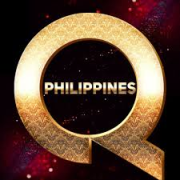